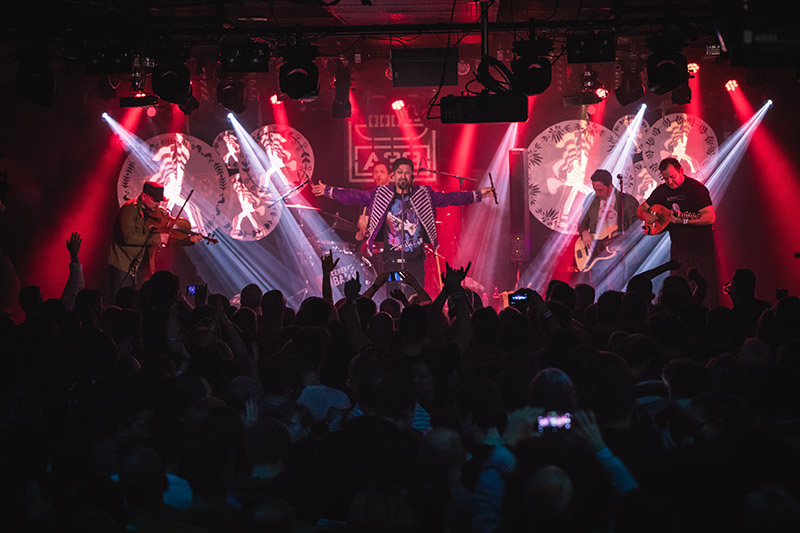 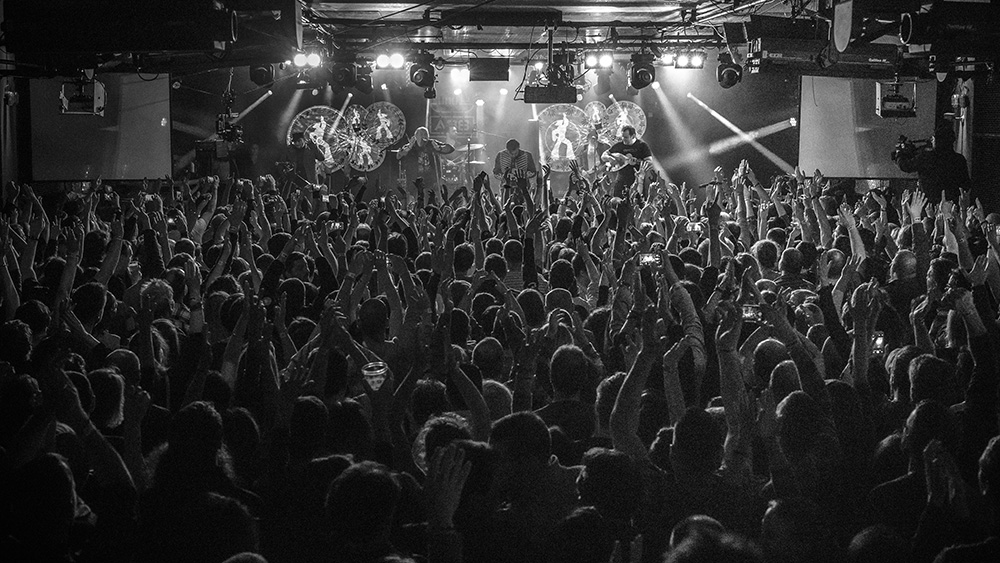 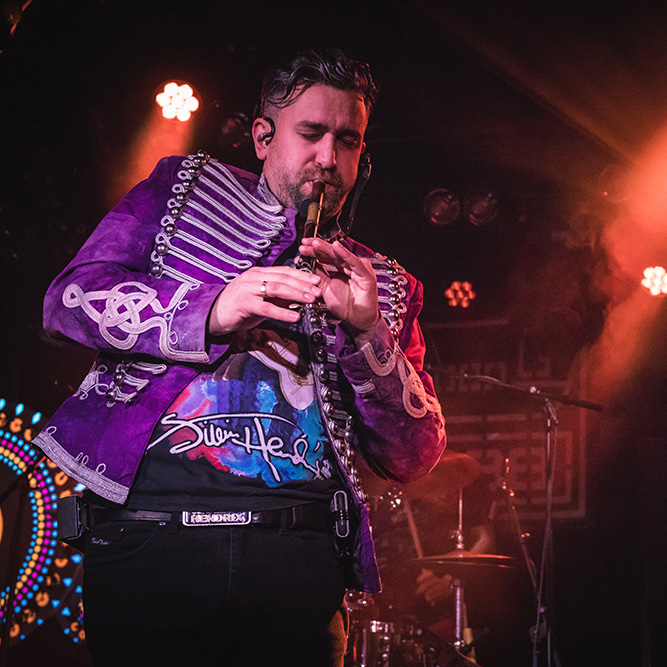 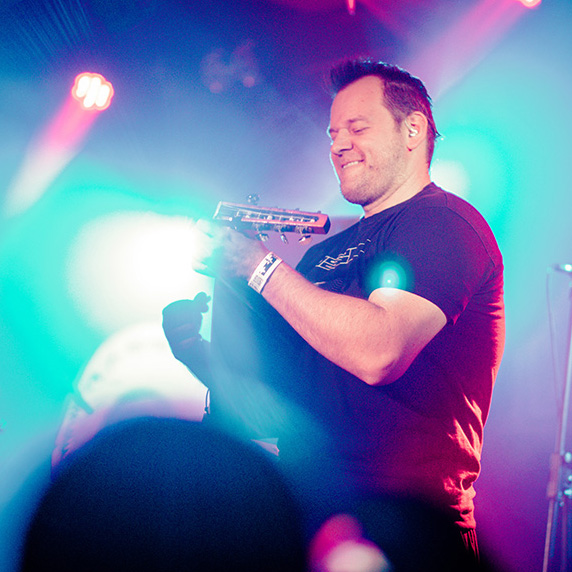 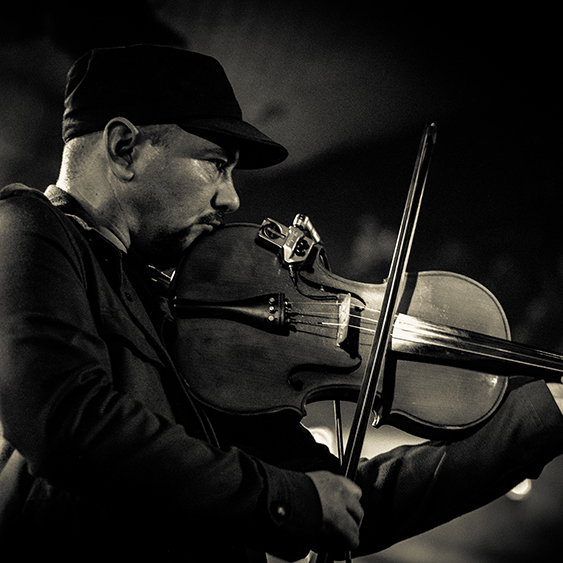 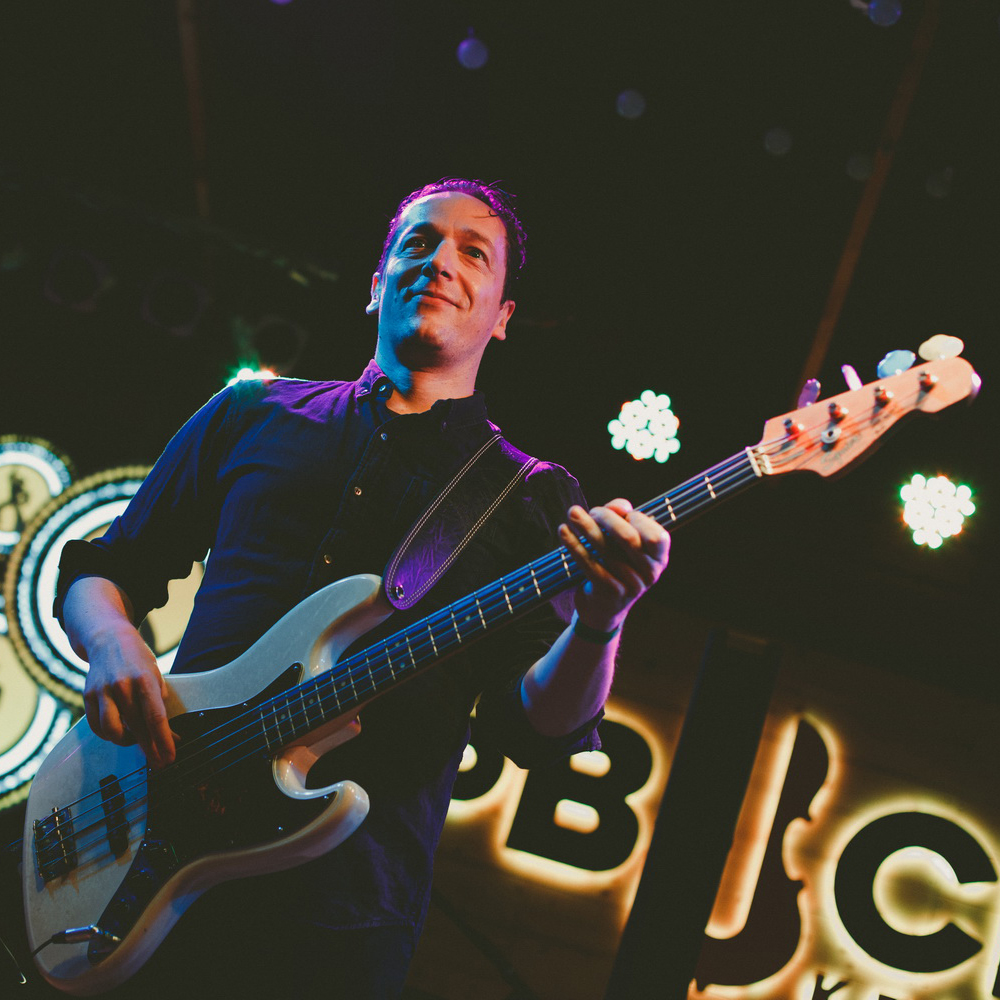 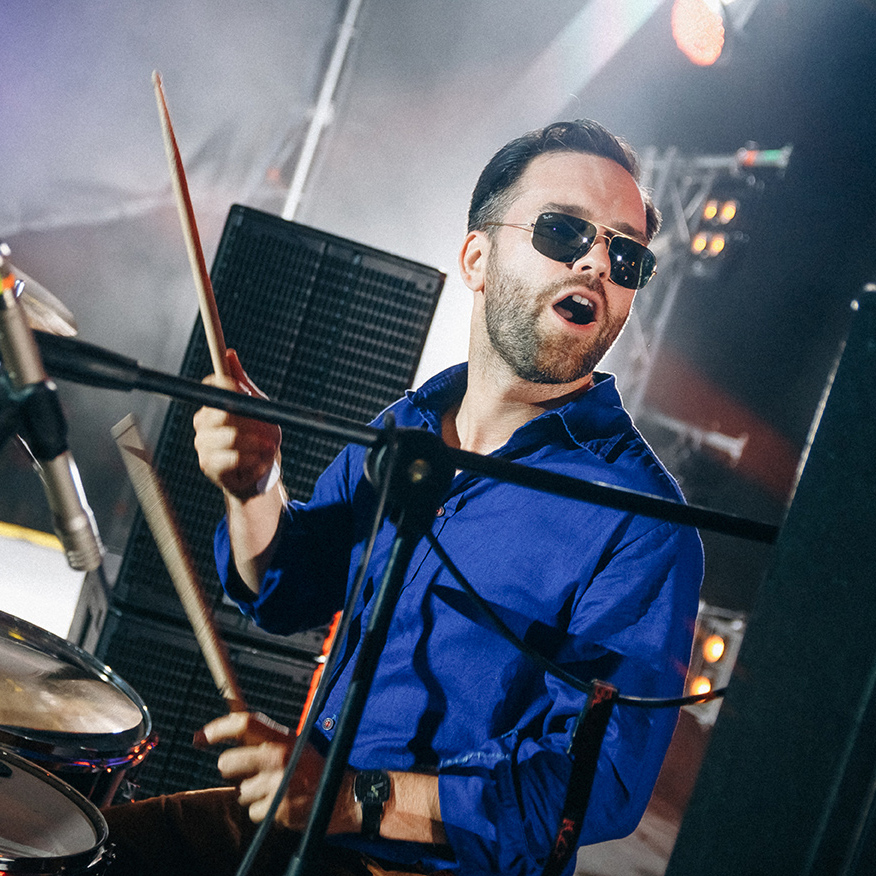 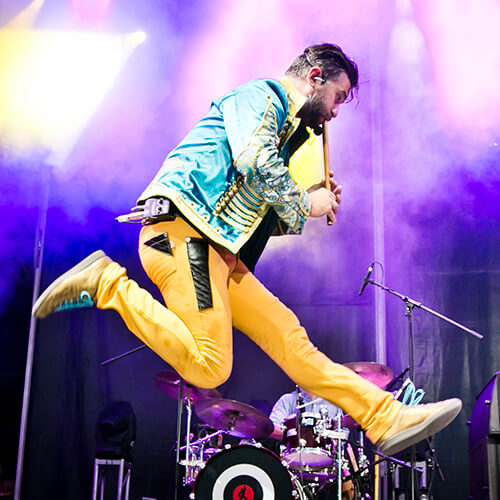 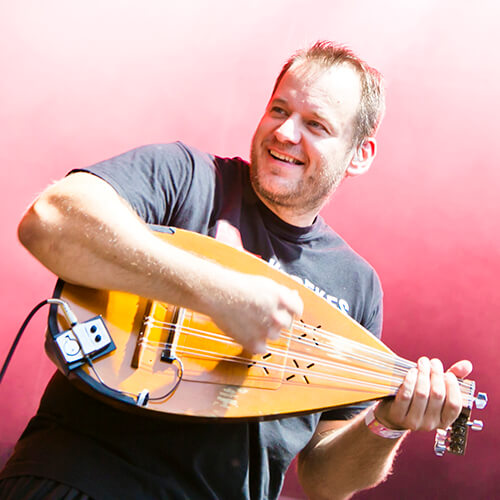 ’Pimasz album cuts a distinctive voice for the Kerekes Band: an irresistible groove of tumbling bass-lines, driving drums and wildly spiraling flute riffs. (…) They take their traditional instruments – the koboz (lute), a viola and the flute (played by virtuoso player and band leader Zsombor Feher) – on a fantastic musical voyage that skirts punk, funk and dance, with traditional Hungarian music and some fine drumming and production underpinning it. The band must absolutely rock live.’ Top of The World, Songlines ****

Outlaws. They were vilified by the authorities but the commonfolk respected them as unbridled freedom fighters. Although their valiant struggle was against power and oppression, they sang their songs about heartbreaking lonesomeness and captivity. “The shepherd raises the outlaw” – as the saying goes. Such is the shepherd heritage of the Fehér brothers who founded Kerekes Band. Their ancestors have been rounding up sheep for the Bishop of Eger since the 1700’s, and their great grandfather gave shelter to the most notorious outlaw whose life story inspired Mátrai képek, Zoltán Kodály’s symphonic masterpiece.

This rich heritage as well as the limitless drive for the neverending renewal of the Hungarian outlaw music is a source of inspiration for Kerekes Band. The shepherd’s flute, the Csángó koboz (lute) and the viola from Mezőség in perfect harmony gave birth to the distinctive sound of the band. The groove of tumbling basslines with driving drums provide a free flowing structure adding to a marked stage presence. True to the outlaw spirit, it is a tough, reckless yet uninhibited music. This formula proved to be successful: Songlines awarded them the Top of the World Album, multiple industry recognitions in Hungary and Europe-wide tours from Dun Laoghaire to the Sziget Festival.

For more than two decades, Kerekes Band’s colorful heritage is a fascinating world just waiting to be explored and listeners can discover how history can be seamlessly melt into the future. 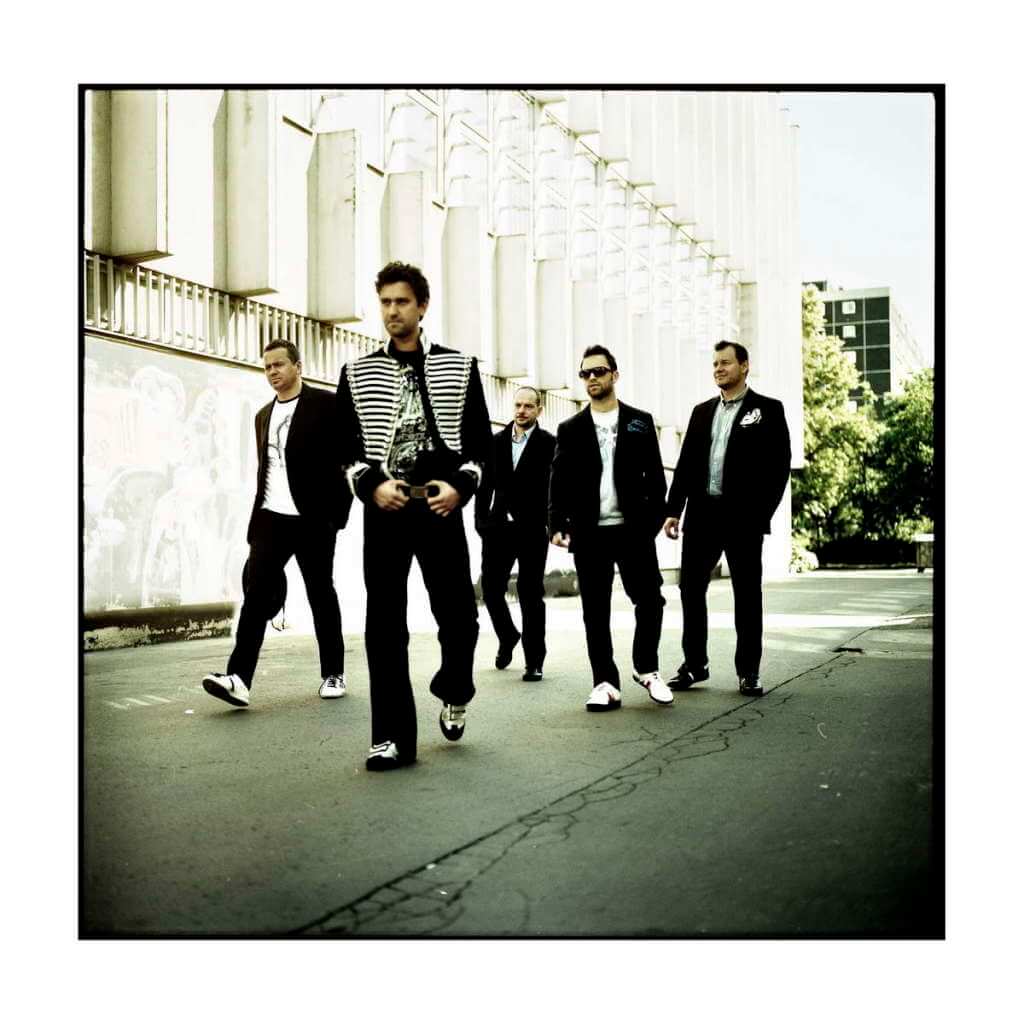 The founding members of the band, the flute player Zsombor Fehér, and his brother, the drummer Viktor Fehér laid down the musical foundations of the ensemble (formed in 1995) on their folk song collecting trips to Transylvania and the Palóc-area, and under the tuition of their masters from Gyimes, János Tímár and Viktor Tímár. As a result of all this progress, they released their first record titled Hungarian Folk Music from Gyimes and Moldva (Periferic Records, 2001) and their second album titled Fütyül a masina…[the engine is whistling…] (Periferic Records, 2003), the latter of which they made together with their masters. In their hometown, Eger (Hungary) during the countless dance-houses (i.e. táncház) they have held regularly for more than a decade, they have proven beyond doubt that their music is perfectly suitable for dance, and that popular musical genres hand in hand with Hungarian folk music can neatly function as self-contained, high-quality world music.

From the ’ensemble’ (their original name) – officially marking the definite shift from only-traditional to openness to other genres – they became a ’Band’ in 2003, and the members no longer said ’no’ to their desire to take steps diverting from the well-walked path of folk music, in search of new musical ways. So, even in practice, green light was given to Zsombor’s Jimi Hendrix fanatism. To the viola player Ákos Csarnó and the koboz (lute) player Csaba Námor (playing with the ease of a guitarist), joined the bass guitarist Péter Sohajda, with whom the personnel was now complete for a true world music band. Authentic acoustic instruments and electronics could now join forces to contribute to the crystallised and unmistakable sound that one can experience at a Kerekes Band concert. 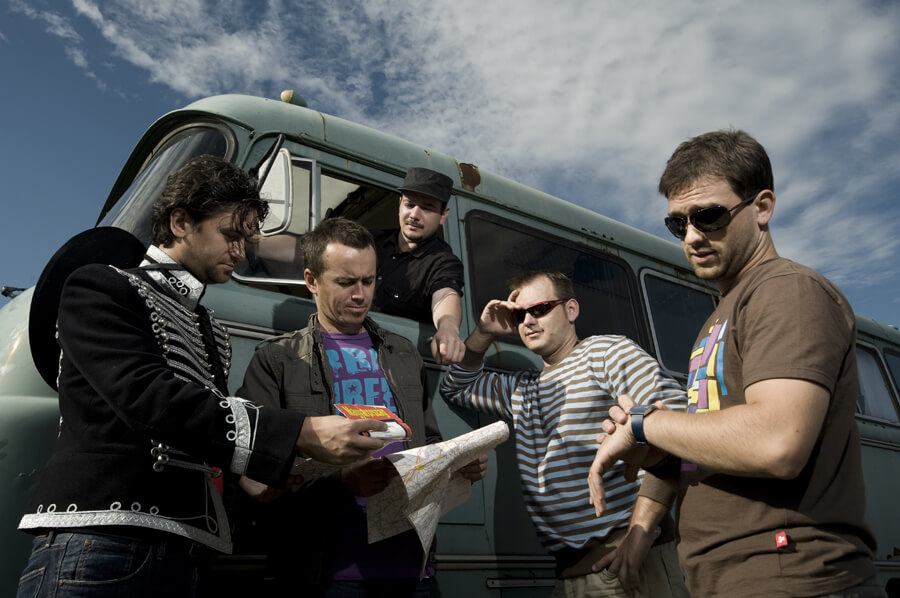 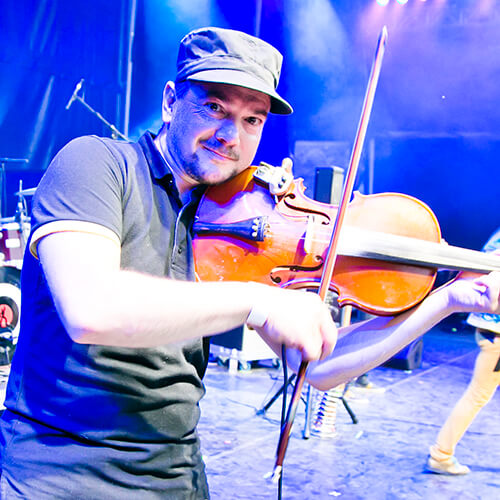 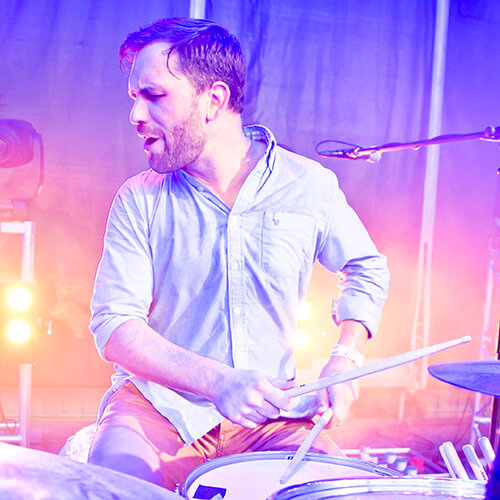